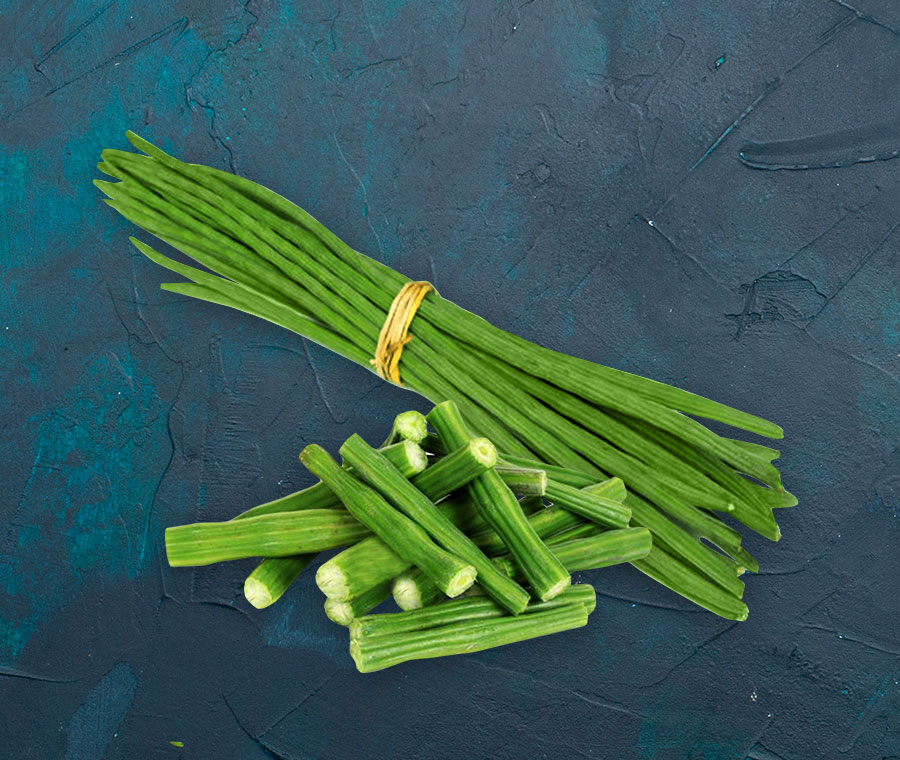 Moringa Oleifera is a fast-growing, drought-resistant tree of the family Moringaceae, native to the Indian subcontinent. Common names include Moringa, Drumstick Tree (from the long, slender, triangular seed-pods), Horseradish Tree (from the taste of the roots, which resembles horseradish) and Ben Oil Tree or Benzolive tree.

It is widely cultivated for its young seed pods and leaves, used as vegetables and for traditional herbal medicine. It is also used for water purification. Although listed as an invasive species in several countries, Moringa Oleifera has not been observed invading intact habitats or displacing native flora, so should be regarded at present as a widely cultivated species with low invasive potential.

Drumstick is one of those rare plant species whose seeds, flowers, leaves, and stems are edible and extremely nutritious. Moringa commonly referred to as drumstick is treated as a ‘super plant’ for its unique yet powerful properties that combat different ailments in our system. This nutrient-dense plant has its roots in Ayurveda and was used as a medicine by our ancestors. The stems of Moringa plant are mostly used in Indian kitchens to prepare scrumptious delicacies. Drumstick is an easily available vegetable which is cultivated mostly in Asian and African regions. It is a staple vegetable in Southern India and is also widely consumed in other states.

It is great for diabetes as the various vitamins and minerals present in drumstick stem help in maintaining an optimum blood-glucose level and hence it is highly recommended for people with diabetes. Moringa is known for preventing acne and other skin issues. It is a blood purifier which helps in flushing out all the impurities present in your blood.

It is rich in vitamin B, vitamin A, folic acid and other essential nutrients which will help you in achieving a flawless skin and lustrous hair.

Moringa is mostly advised to consume during the month of March- April, as due to its medical properties it can provide immunity against chicken pox. It keeps your heart healthy. Consumption of drumstick has also proven results in improving bone health due to the presence of an adequate amount of calcium and iron.

Packaging Wt.: 4/5/7kg  per box or as per customer’s requirement.